The Story of Cajun Cuisine 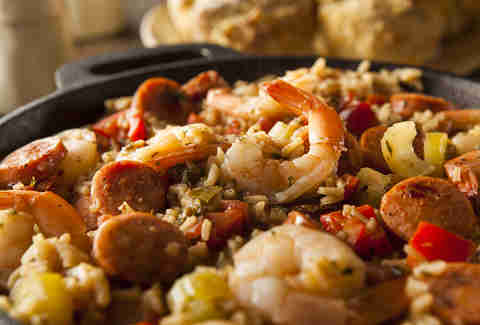 A History as Rich as the Flavor

Cajun Cuisine, known for its spicy notes and heartiness, is a style of cooking that developed in the South after Acadian immigrants fled Canada in the 18th century. It was developed by a population that lived off the land and has adapted over centuries of cultural influences and geographical changes.

The Acadians were the original French settlers in North America and immigrated to Canada in the early 1600s. It was important that these settlers lived off of what was readily available to them: using meat and vegetables cooked in a thick sauce in a single pot. In 1755, they refused to pledge allegiance to the British Crown in 1755 and more than 14,000 Acadians were deported and made their way to Louisiana.

When they settled in the South, these French-Canadian farmers once again adapted their cuisine to the ingredients that were at hand in the region. Their cuisine evolved to include crab, oysters, shrimp, catfish, crawfish and even alligator. Bell Peppers, celery, and onions thrived in Louisiana’s hot and sticky climate and were a staple in their cuisine known as the holy trinity that Louisiana natives use to this day. Louisiana is known as being a melting pot of cultures and these cultures have influenced the cuisine heavily throughout history. As a result, Cajun food was also heavily influenced by African, Native-American, and Caribbean cultures which, in turn, spiced things up a bit. Garlic powder, paprika, black pepper, onion powder, cayenne pepper, oregano, thyme, salt and red pepper flakes were all incorporated in their delicious dishes.

In the present day, these Cajun recipes have been passed down from generation to generation with slight differences in the recipes from family to family.  Slap Ya Mama seasoning is a staple in homes across Louisiana for offering the delicious Cajun blend of spices that takes your gumbo to the next level of flavor with several different options: Original Cajun, Hot Cajun, White Pepper Blend, and Low Sodium Cajun Seasoning. If you are looking for the perfect seasoning blend for your Cajun recipes, SLAP your food with our authentic seasoning blends!